First we explain a classification of commutative Banach algebras generated by Toeplitz operators and acting on the family of standard weighted Bergman spaces over the complex $n$-dimensional Euclidean unit ball $\mathbb{B}^n\subset \mathbb{C}^n$. These algebras are not $*$-invariant and each of them is subordinate to a maximal abelian subgroup of the automorphism group ${\rm Aut}(\mathbb{B}^n)$. Then we describe the Gelfand theory of the algebras corresponding to the so called quasi-elliptic group of automorphisms. We start with the simplest case where $n=2$ and (up to isomorphisms) only one algebra of the above type exists. We describe the maximal ideals, the Gelfand map and the radical (the algebra is not semi-simple). We explain some applications to the spectral theory of operators and we prove the spectral invariance of the Banach algebras inside the full algebra of all bounded operators. Various new effects arise for $n>2$ and they cause difficulties in our analysis. We explain some recent results in the general setting. This is joint work with N. Vasilevski (CINVESTAV, Mexico). 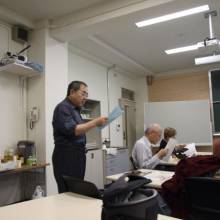